RGS Energy has reported results for its second quarter ended June 30, 2015.
"During the second quarter, we made great strides towards turning around our business that resulted in several accomplishments, including our return to positive stockholders' equity and positive working capital," stated RGS Energy CEO, Dennis Lacey. "Since the end of the quarter, we have further reduced our accounts payable, the aging of which was hindering our business. We are now pivoting our efforts toward revenue growth by expanding our sales and construction capabilities."
Summary Business Update
The company previously reported completing a series of financial transactions that have strengthened its financial position, as well as actions taken to restructure its business operations for improved operating results. These results during the quarter include reporting positive stockholders' equity and positive working capital, as well as cutting the operating loss in half compared to the first quarter of 2015. See further highlights regarding the company's financial performance in the table, below. 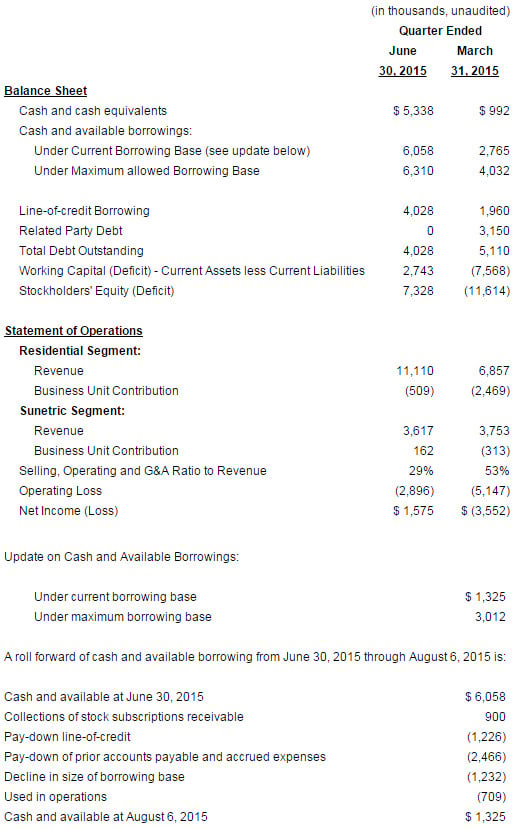 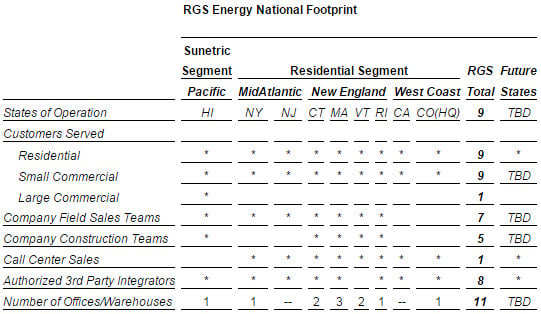