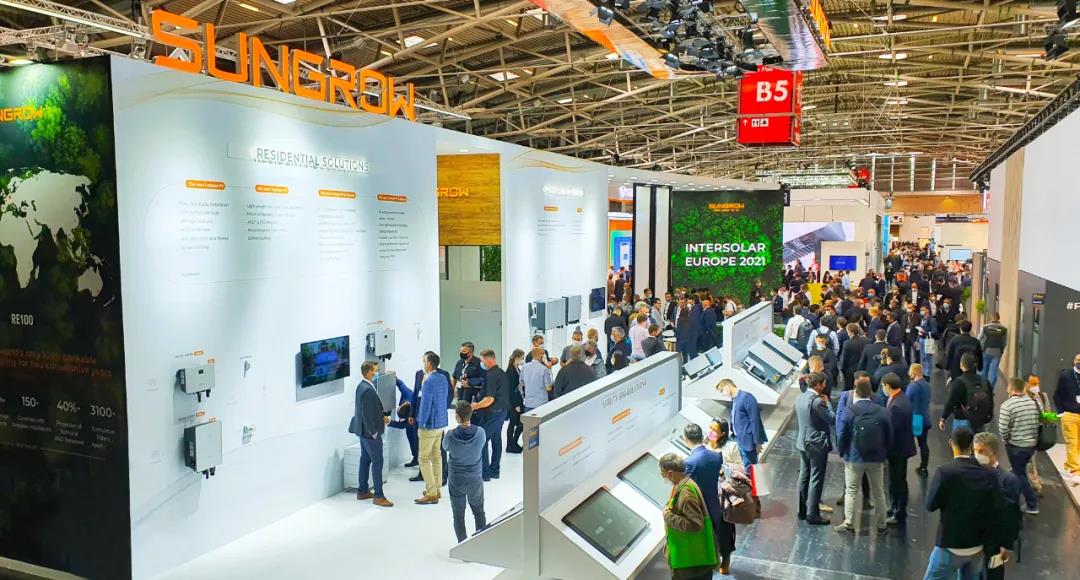 The new market-leading SG350HX features a maximum output power of 352 kW, which redefines high powered string inverters. It guarantees an incomparable return of investment for stakeholders while ensuring compatibility with large-format modules and tracking systems, as well as leading in safety.
Maximum yields
One of the challenges to inverter suppliers is matching the requirements of high-powered large-format panels. The SG350HX is highly compatible with 182 mm and 210 mm large-format high-efficiency bifacial modules with maximum input current of 20A each string. This allows using solar modules with power ratings of 600W and higher.
Equipped with multiple MPPTs, the 352 kW inverter ensures a high yield despite any impact of shade. It supports a single block design as large as 8.96 MW for the European market and supports a high DC/AC ratio of up to 1.8, making it an ideal solution for higher yields.
Safer and Stronger
The safety of PV power plants has attracted much attention under the carbon net-zero target. With 2 strings being connected to 1 MPPT, there's no fear of the string reverse connection. The integrated DC trip switch will automatically cut off the fault in less than 15 milliseconds, ensuring the system's safety.
The SG350HX is also incorporated with both DC and AC insulation monitoring functions. Any potential insulation faults could be detected in a timely manner, facilitating on-site maintenance and operation. The strong inverter also possesses the advantages of a protection rating of IP66 and an anti-corrosion rating of C5, making it durable and stable in harsher conditions. It includes smart-forced air-cooling technology; thus, allowing the inverter operating without derating in extreme heat environments, such as deserts.
Robust grid support
A growing ratio of renewable energy penetrating into the grid system can cause the decline of overall strength and inertia of the grid. The SG350HX combines a weak grid adaptive algorithm which ensures the inverter to operate stably in weak grid conditions even if the SCR (Short Circuit Rate) is as low as 1.16. It enables a reactive power response within 30 milliseconds without additional static var generator traditionally required in solar plants -- offering robust support to the grid.
The integrated Virtual Synchronous Generator (VSG) technology increases system inertia and improves stability by voltage and frequency adjustment as well.
Sungrow's innovation proves its devotion to R&D. Sungrow maintains a large proportion of R&D investment and has the industry's largest R&D team. "As we race to accelerate global carbon neutrality, we keep pioneering on the edge of innovation and look forward to powering more facilities and communities with more flexible, accessible, and stable clean energy," said James Wu, Vice President of Sungrow.
出所: Sungrow
この記事で言及した企業のENFプロフィール